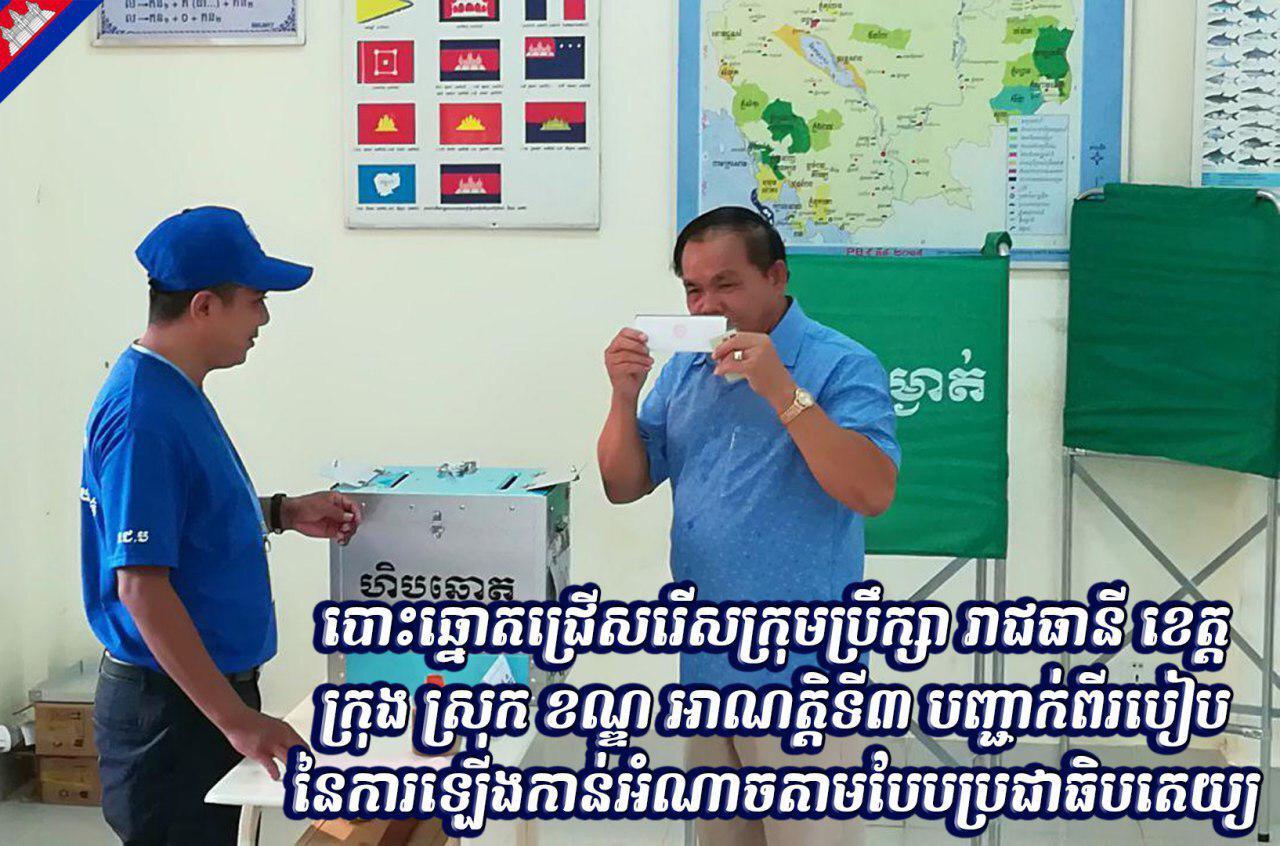 May 26th, 2019 marks another historical day in Cambodia’s democracy, when 3rd Mandate Election of Members of Municipal/Provincial and District/Town Councils was organized and accomplished a great achievement, without any security issues, and was described by groups of observers as fair, just and transparent. Among registered 11,572 voters – all are members of the Commune/Sangkat councils – 11,565, or 99.94%, have turned out to vote as Cambodian people’s representatives in the election.

3rd Mandate Election of Members of Provincial/Municipal and District/Town Councils shows how lively Cambodia’s democracy is and reflects Cambodian people’s will in the democracy process. Cambodia’s democracy was expressed through votes, not by mean of demonstrations or riots, often employed by the former opposition CNRP led by Sam Rainsy and Kem Sokha. It should give the traitors a lesson that election is the only legal way to claim the power, not through ‘color revolution’ as employed in the past by the former oppositions.

The self-deported group of traitors is very disappointed because their attempt to harm Cambodia’s peace and development was unsuccessful. They are hurt to see Cambodian people support democracy in Cambodia. They are unhappy to see Cambodian people live in peace and development. They don’t welcome when Cambodia’s democracy is strong and healthy, not like what they tried to lie to the world that democracy in Cambodia is being seriously suffered or even dead. Instead, Cambodia’s democracy has become even stronger without the presences of coward politicians, business-oriented politicians, foreigners’ slave politicians and traitors politicians, who always disrupted, harmed and stagnated the process.

Actually, they have attempted to ‘kill’ the roots of Cambodia’s democracy through their ‘color revolution’ plan, which was backed by their foreign boss in a bid to overthrow Cambodia’s legitimate government. However, their attempt failed embarrassingly, with and many of masterminds and accomplices were arrested or fled the country. Its political organization was dissolved by law and a number of its members of permanent and central boards were banned from politics for 5 years.

Cambodian people are enjoying the multiparty democracy in Cambodia and they have always been supportive to this democracy process with full of human rights, freedom and freedom of expression. Without the fake patriots, fake democrats and liar politicians, like Sam Rainsy and co, Cambodia lives in a more stable life and enjoys full opportunities to build and develop the nation. More specifically, there would be no ‘unreasonable’ protest against the result of the election, which literally intended to share the power only. Experiences following the 6th Mandate Election of Members of National Assembly and the 3rd Mandate Election of Members of Provincial/Municipal and District/Town Councils tell that Cambodian people have no worry and everything works as usual. This is what Cambodian people always wish for.